Beautiful St. Vincent And The Grenadines

St. Vincent & the Grenadines is a nation of 32 islands located in the Lesser Antilles. It is the largest of the islands and has a spectacular forest-covered mountainous interior with immaculate beaches. It consists of the main island of St. Vincent and the northern two-thirds of the Grenadines, which are a chain of smaller islands stretching south from St. Vincent Island to Grenada. To the north of St. Vincent lies Saint Lucia, to the east is Barbados.

“The Island is fantastic, I have loved every minute of my stay while studying here.” – Former Student 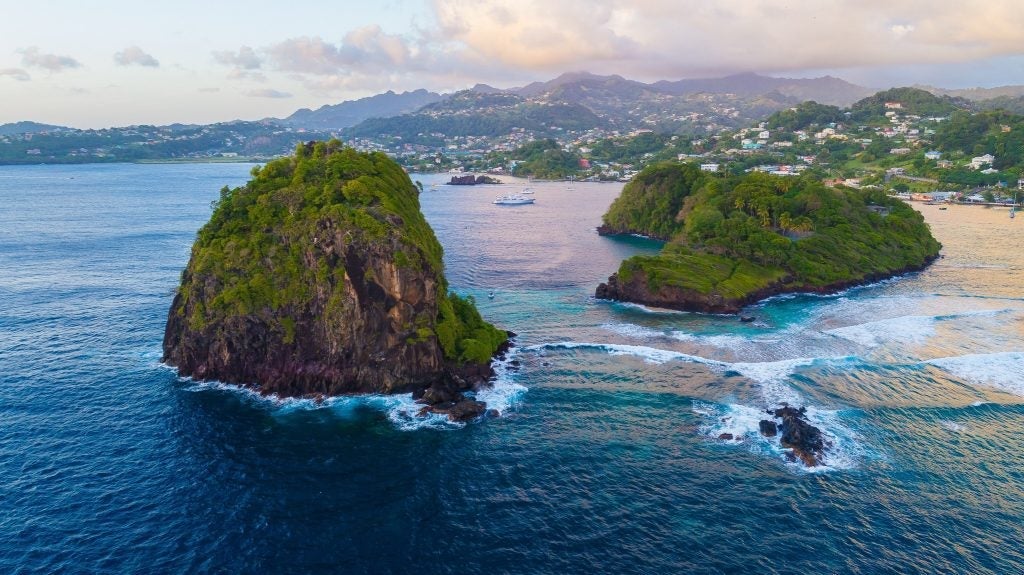 While the official language is English, most Vincentians speak a creole language known as Vincentian Creole. Standard English is the language used in education, government and other formal domains, while Vincentian Creole, commonly referred to as ‘dialect’, is used in informal situations such at home and among friends. The various ethnic groups may also still use their native languages such as Bhojpuri.

Be prepared to bask in a tropical climate with the warmest months between June and September, when temperatures can reach an average high of 30 degrees Celsius. You will also be kept cool by the lovely trade winds that provide a welcoming breeze all year round. From December to May the climate is cooler and absolutely exquisite.

Kingstown has a number of cultural heritage sites. They include the Botanical Gardens (founded in 1765) and Fort Charlotte (1806); of architectural interest is the Georgian-style St. George’s (Anglican) Cathedral.
Traditional cultural practices such as tea meetings (ceremonial speech and singing demonstrations) are occasionally held, and there has been some emphasis put on dance, drama, and music festivals. Calypso, soca (which blends traditional calypso and Indian rhythmic instruments), and Jamaican dancehall and reggae music tend to dominate the country’s music charts. There are many activities for students to enjoy in between their studies. Saint Vincent and the Grenadines is internationally renowned for the clarity and calm of their waters. The island is especially known for its exceptional beaches and diving spots.

St. Vincent also has its own cricket, soccer and rugby leagues. The Arnos Vale Sports Complex, in Kingstown, has become a popular venue for one-day international cricket matches. Over the years, Vincentian cricketers have represented the West Indies in international cricket tournaments and have played professionally in England. Vincentians are equally fond of football (soccer); the national team has played in the Caribbean Cup and the Gold Cup world competition.
St. Vincent is also known for it’s delicious fresh food. With it’s tropical climate and tranquil waters you will be surrounded by wonderful restaurants featuring seafood you’ll never forget! Don’t forget to also enjoy browsing the many markets, art galleries, and crafts shops on your downtime. A Brighter Future awaits you

This website uses cookies to improve your experience while you navigate through the website. Out of these, the cookies that are categorized as necessary are stored on your browser as they are essential for the working of basic functionalities of the website. We also use third-party cookies that help us analyze and understand how you use this website. These cookies will be stored in your browser only with your consent. You also have the option to opt-out of these cookies. But opting out of some of these cookies may affect your browsing experience.
Necessary Always Enabled
Necessary cookies are absolutely essential for the website to function properly. These cookies ensure basic functionalities and security features of the website, anonymously.
Functional
Functional cookies help to perform certain functionalities like sharing the content of the website on social media platforms, collect feedbacks, and other third-party features.
Performance
Performance cookies are used to understand and analyze the key performance indexes of the website which helps in delivering a better user experience for the visitors.
Analytics
Analytical cookies are used to understand how visitors interact with the website. These cookies help provide information on metrics the number of visitors, bounce rate, traffic source, etc.
Advertisement
Advertisement cookies are used to provide visitors with relevant ads and marketing campaigns. These cookies track visitors across websites and collect information to provide customized ads.
Others
Other uncategorized cookies are those that are being analyzed and have not been classified into a category as yet.
SAVE & ACCEPT